The Gateway to Mullumbimby

The Gateway to Mullumbimby was designed so as to dramatically improve the entrance to Mullumbimby off the Pacific Highway.  Using the skills of local architects, wood-carvers and landscape gardeners, the Mullumbimby ‘Gateway’ consists of an eight-sided shingled rotunda with a roofline symbolic of the mountain forms of Byron Shire.  Close by stand ‘The Mullumbimby Peace Poles’ designed and carved by a team of the best wood-carvers in this region.  The largest of these three carvings is a 35ft high ‘Nature Carving’ which depicts the animal and plant life of this environment starting with a frieze of tortoises and water symbols. ‘The Nature Carving’ climbs through carvings of igrettes, spoonbills and ibis into the lower levels of the rainforest – bangalow palms and blackbean pods below a 14ft carpet snake.  Higher up a large goanna reaches up below a frieze of nightcap daisies.  An 8ft high pelican sits on the top, above the beautiful barrel shape of a locally found aboriginal nulla nulla with its symbols of water and mountain.  Beside this carving stand two peace poles.  One female in form and one male.  Next to the rotunda sits a 25ft long dragon seat, carved from cyprus pine washed up on New Brighton beach.  The carving of this magnificent eight seater took place during a two week community wood carving workshop sponsored by the N.S.W. Arts Council, involving high school students working with professional wood carvers. 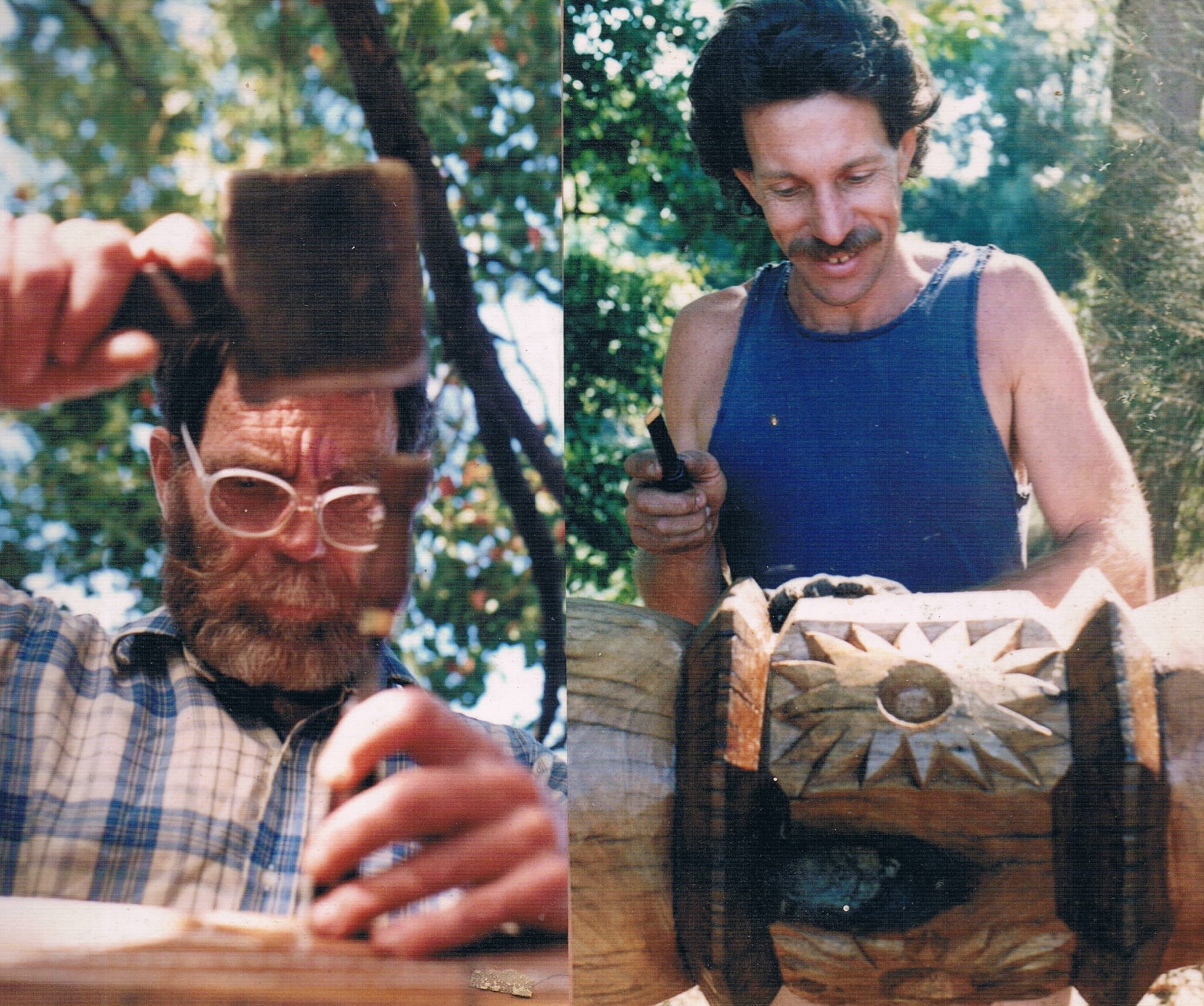 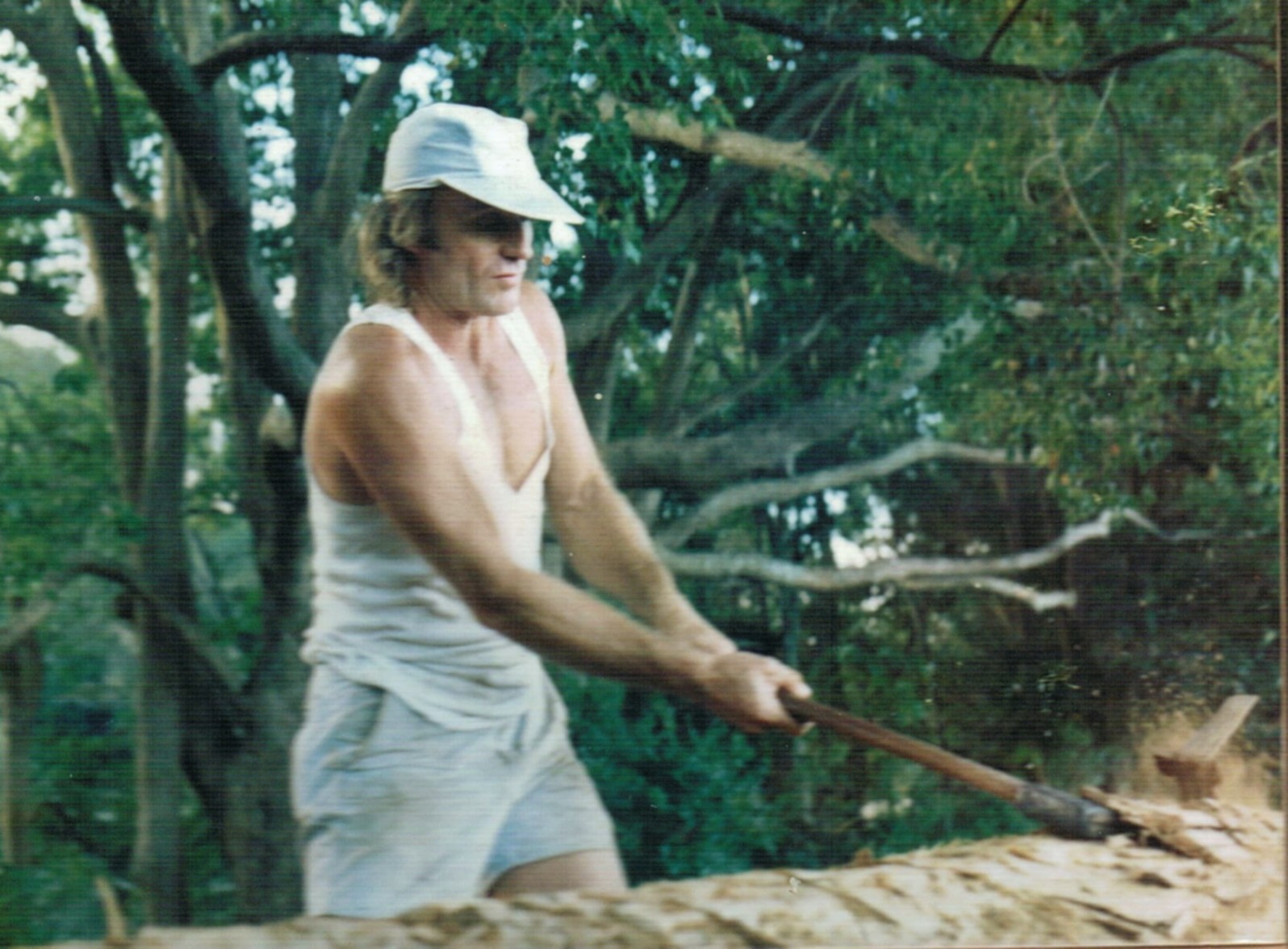 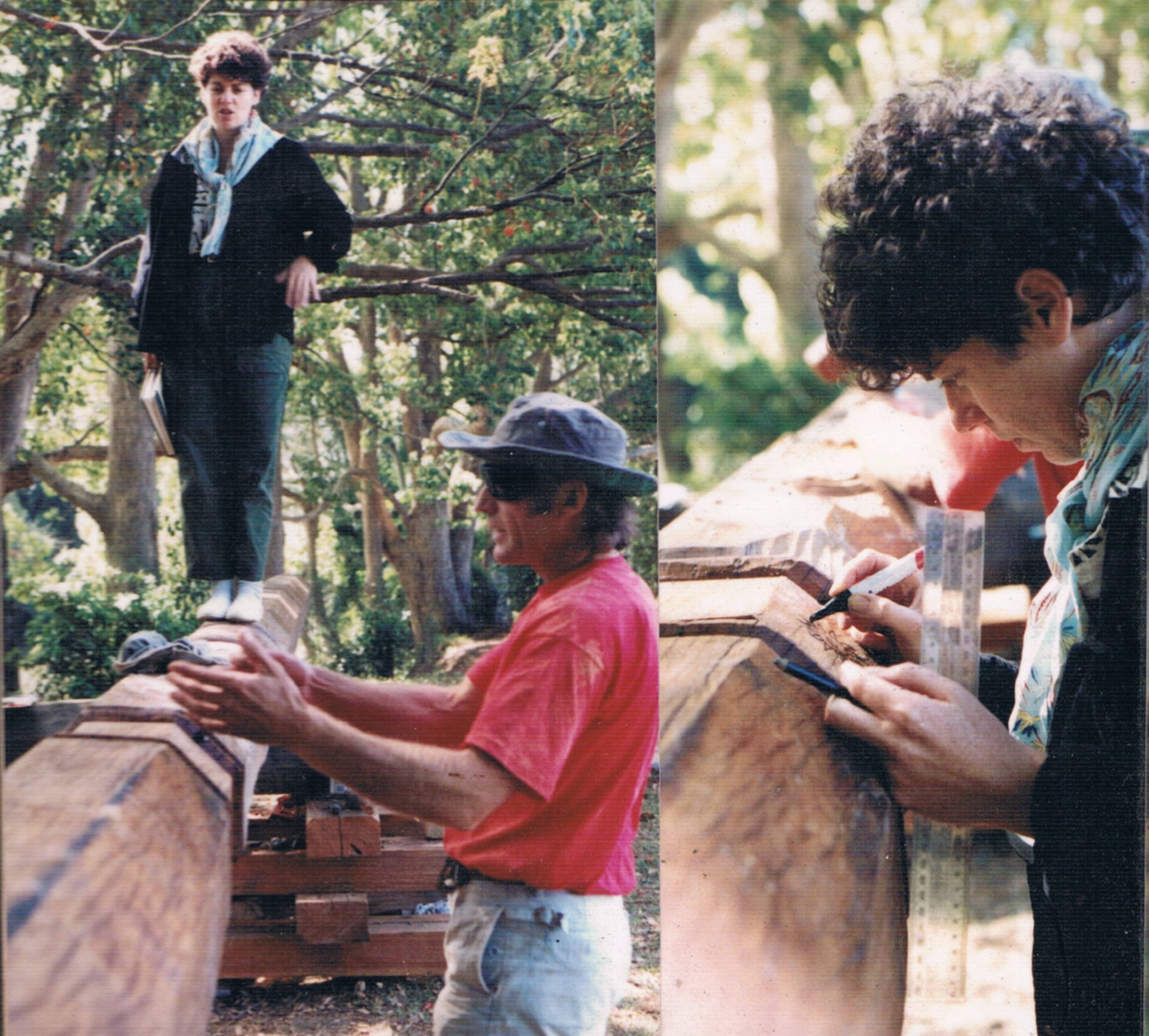 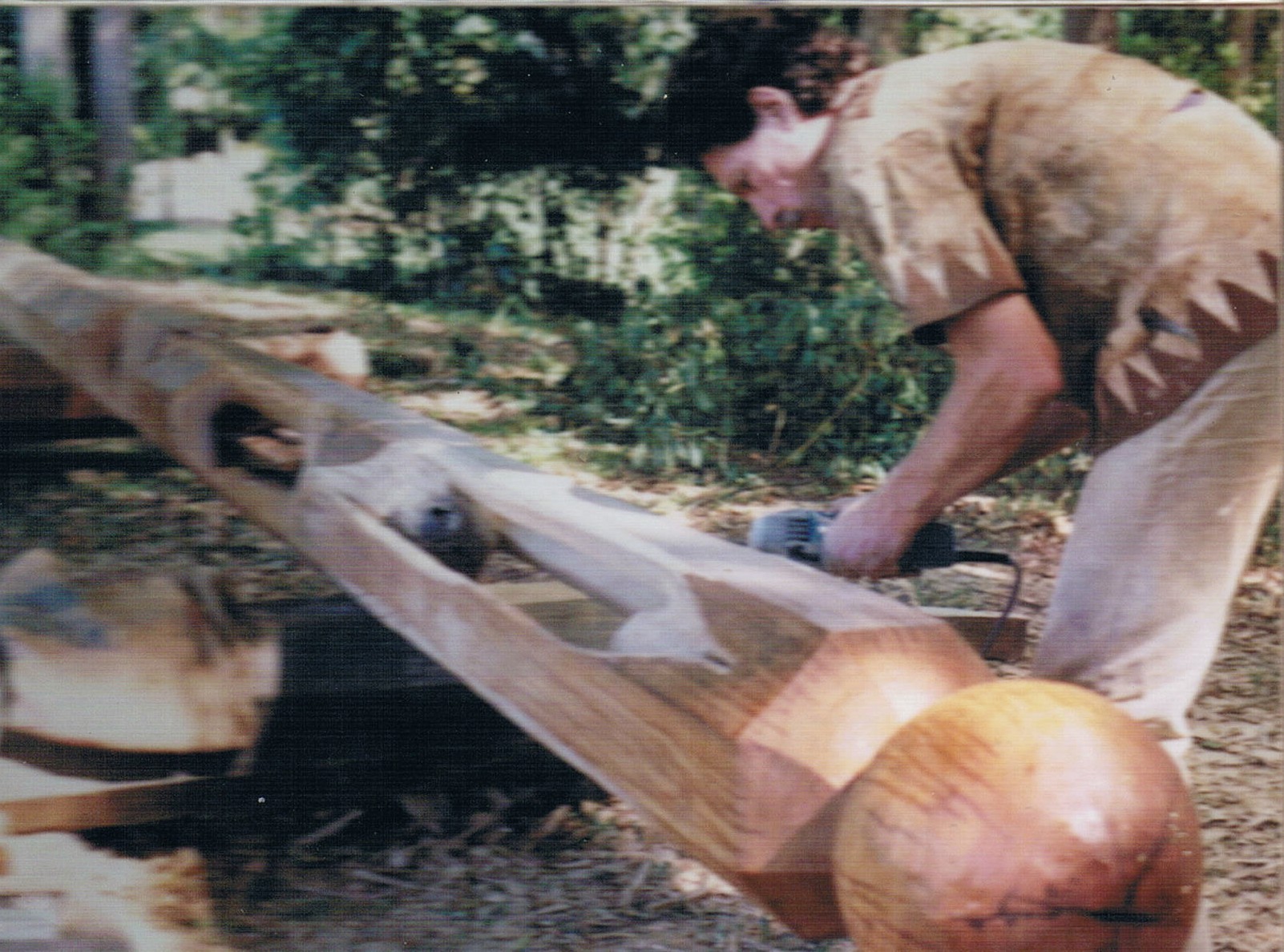 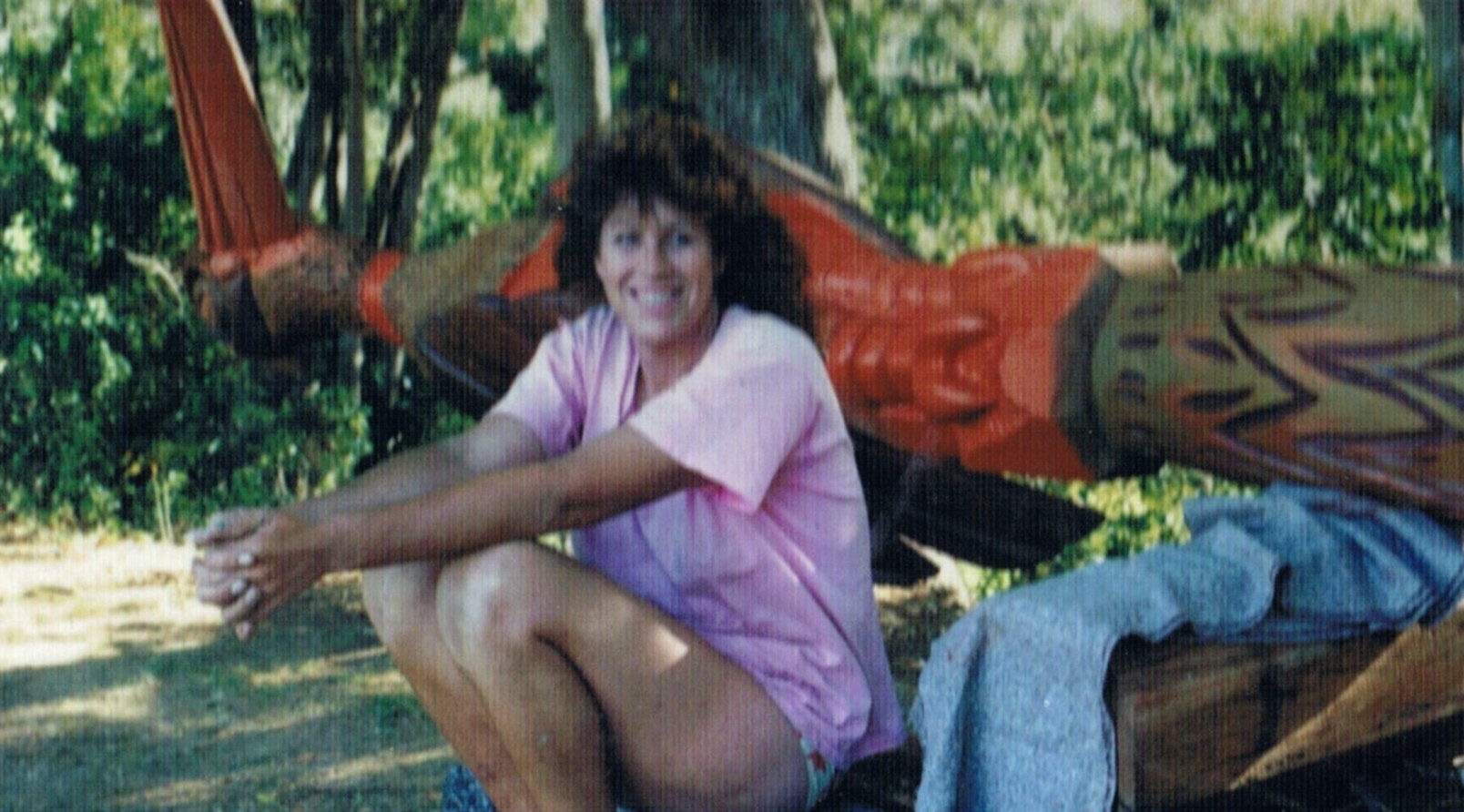 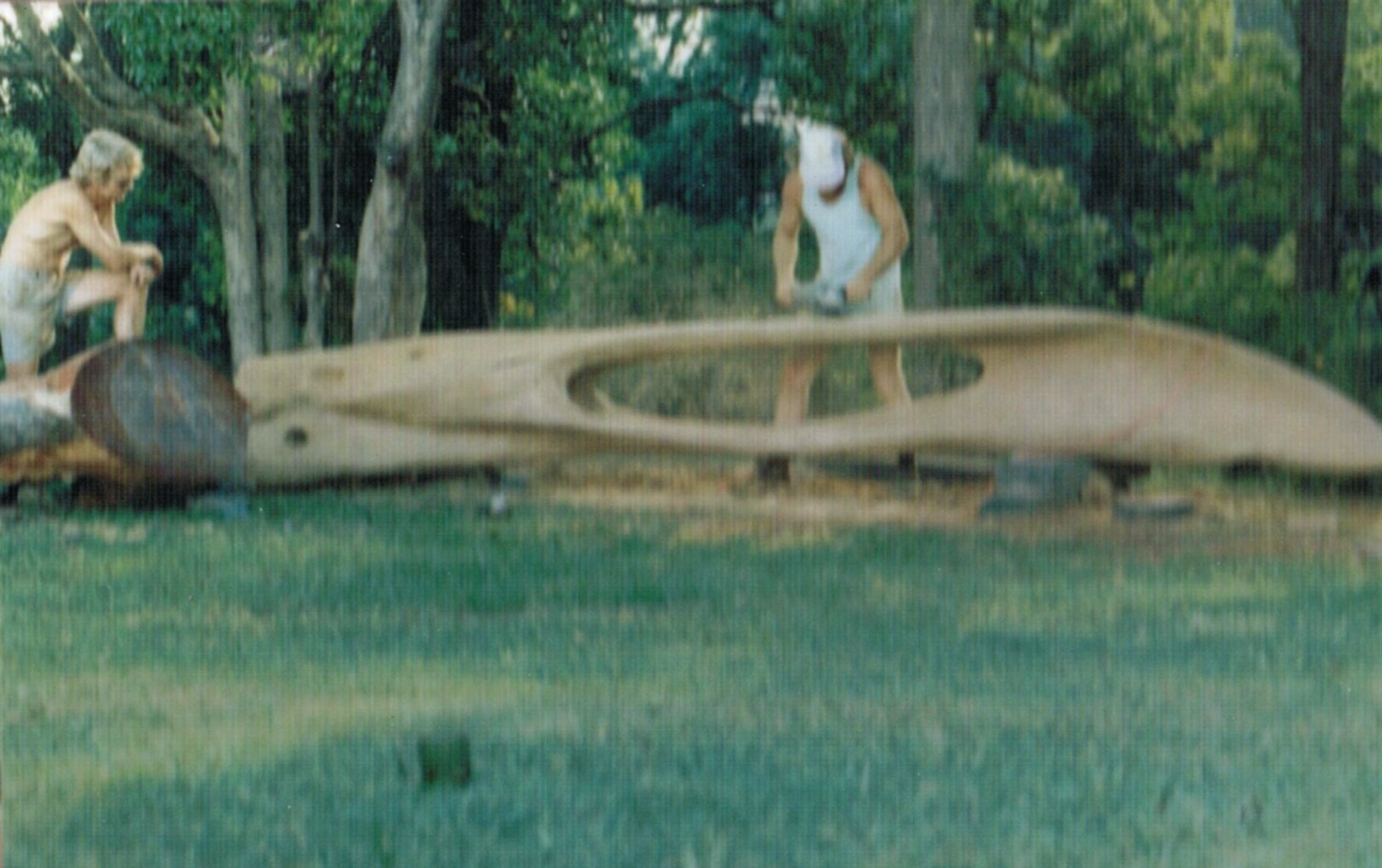 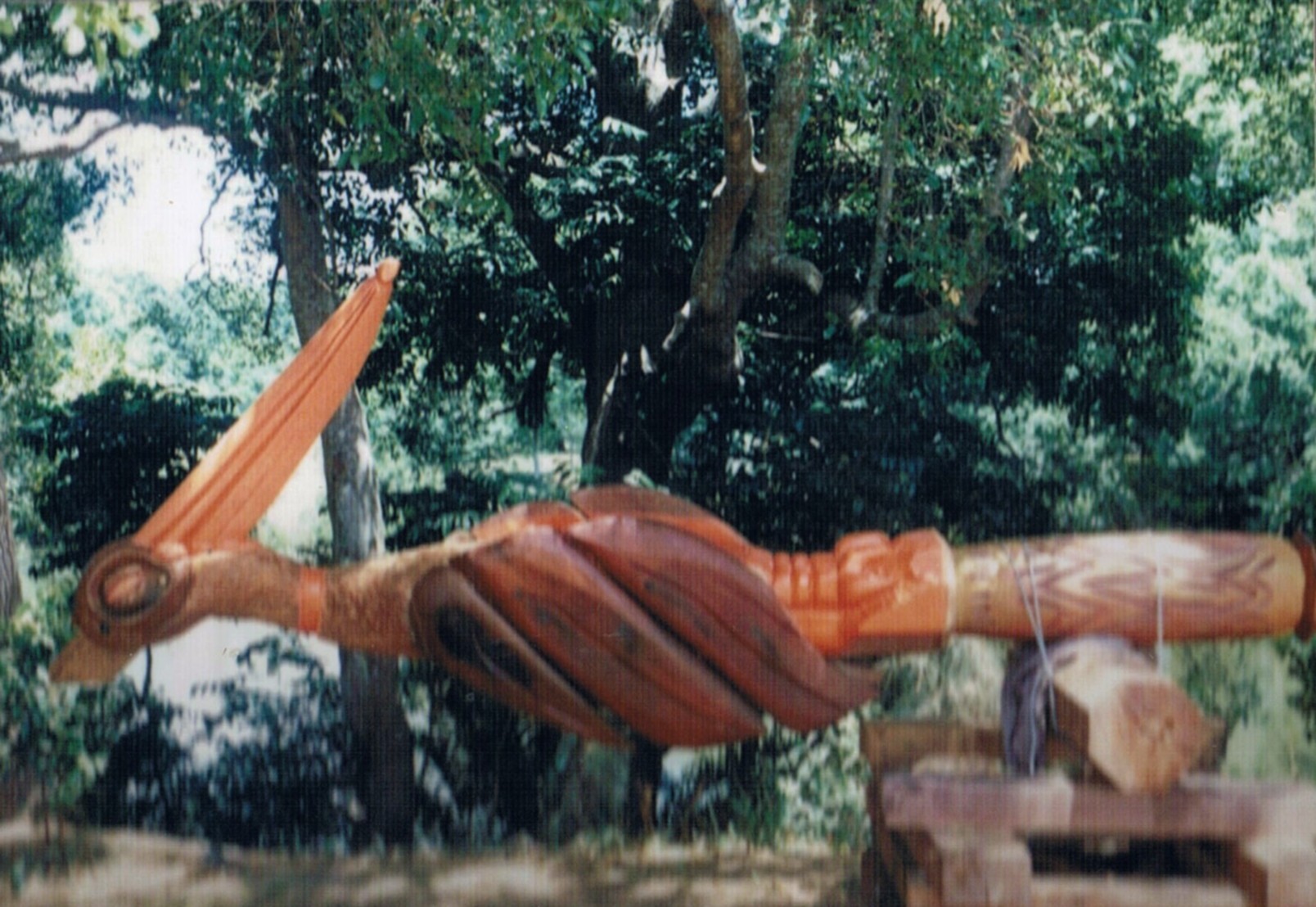 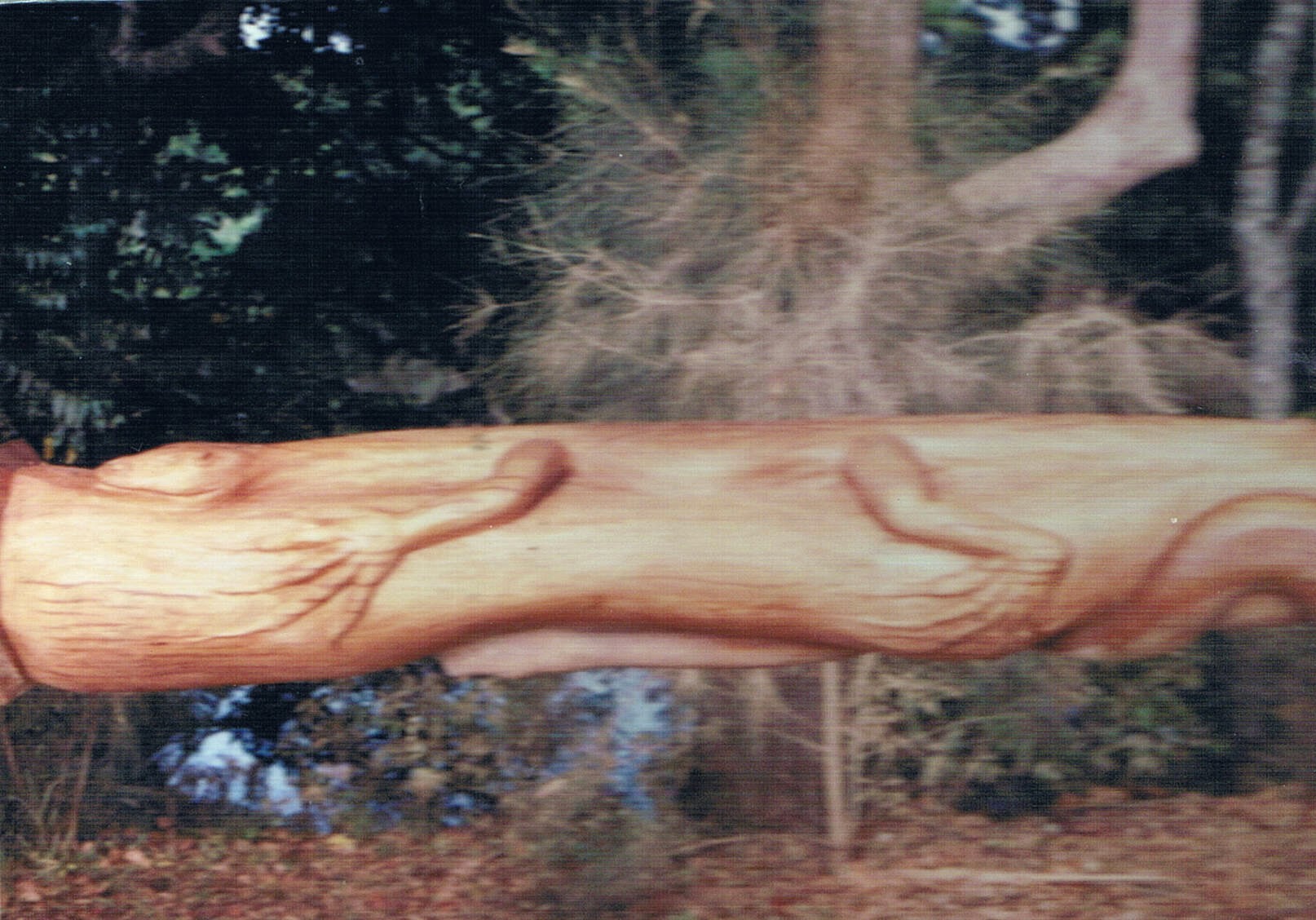 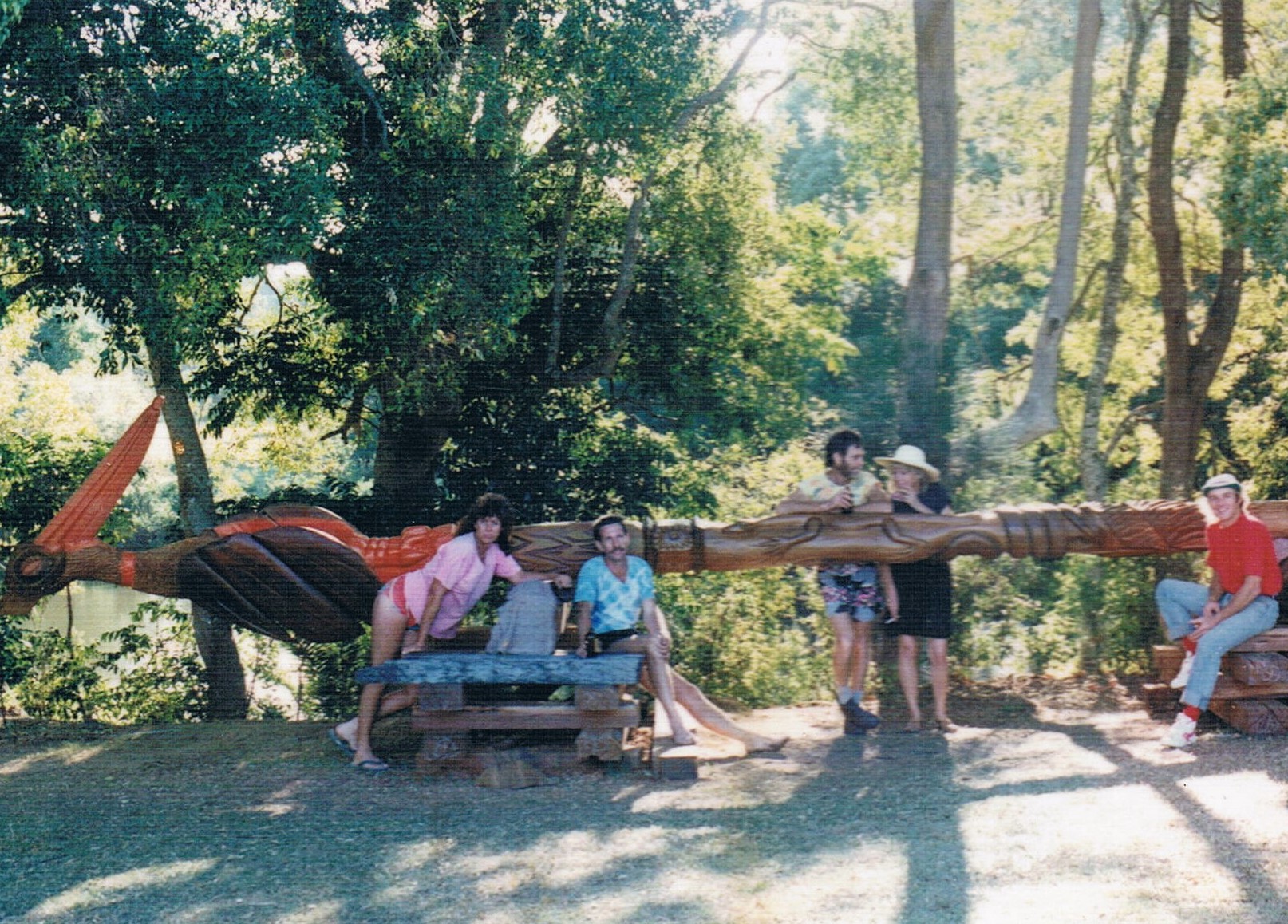 The whole project took over two years to complete and was co-ordinated by the Byron Shire Arts Council and the Mullumbimby Gateway committee – sponsorship and help came from all levels of the community – particularly Byron Shire Council, the Bi-Centennial Council, the N.S.W. Arts Council, The Chincogan Fiesta Committee, Residents and Businesses of Mullumbimby and many fund raising activities.  The Gateway was landscaped and planted, with an official opening in March 1991.

PLEA – if you have better photos of this project please donate or loan to the museum so we can copy them please.