Back to the Garden

Alternative Lifestyles in the Rainbow Region

This exhibition covers a period from the late sixties through the early seventies on the new wave of people coming to the area seeking alternatives to mainstream culture.

Topics such as communities, shelter, energy and the ongoing protection actions in the region are covered as well as the general background to the hippie movement including Vietnam and the Aquarius Festival.

From never before seen photographs to hilarious newspaper articles this exhibition will inform people of the many and varied aspects of the movement. It may remind others of the times they had.

It illustrates that many of the mainstream healing modalities and peace initiatives come from the very generous and caring people of this generational movement. 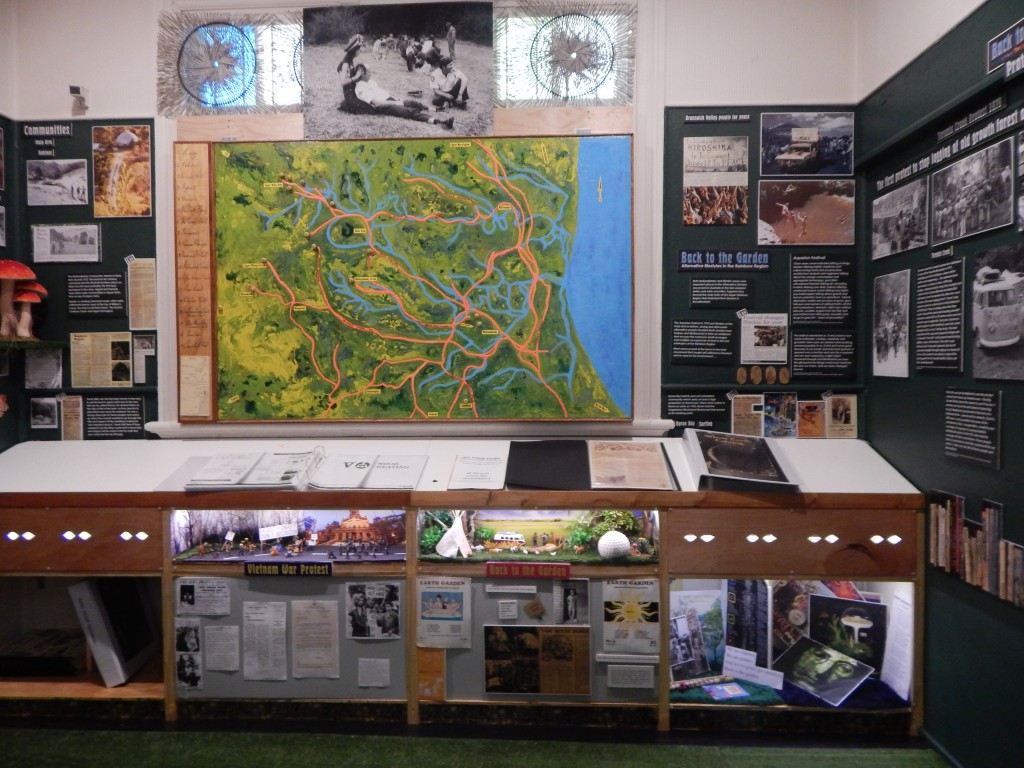