The Society seeks to publish material relevant to the area, interpret and display the collection to educate and engage the community in local history and provide research facilities.

Our physical home is the Mullumbimby Museum. Mullumbimby is the service centre for the Brunswick Valley and lies in the heart of Byron Shire, Northern NSW.

The Museum which was the former Post office is located in Summers Park along with a Machinery shed, replica slab hut, collection of horse drawn farm implements, and equipment from the local railway, water supply and brick works.

The park is also the home for the Mullumbimby monthly market which is held on the third Saturday of each month.

The Museum facilitates family and local history research and welcomes school and community groups by appointment. Our photo collection is available for perusal and copies can be purchased.

New members are always welcome. There are a variety of areas in which you can become involved.   Application for Membership Form

Come and Meet Us!

How We Began:The historical society was formed in 1982, adopted its current name in 1983 and in 1984 was advised that the old Mullumbimby Post Office was to be made “redundant” as a new one was planned to meet the growing needs of the area. The society was invited to submit a tender for the building; following negotiations with Byron Shire Council, the present site was secured. Then the Council agreed to pay the rent for the land from the Dept of Lands on our behalf, and so the Mullumbimby Museum was officially opened in 1988, the bicentennial year. 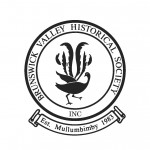 The Society Logo:When the Historical Society was formed, the Municipality of Mullumbimby had been recently amalgamated with the Byron Shire Council (1980). The former Council logo featured a lyrebird, apparently once common, bordered by concentric circles. This design was adopted by the Society with the wording changed in the outer circle and scroll. A transfer used by the old Council is an exhibit along with other local government objects and photos.

Affiliations:The Society is a member of the Royal Australian Historical Society (RAHS) Sydney

Newsletters: All Members receive a monthly Newsletter and are encouraged to contribute items, stories or anything that could be interesting to other Members. If you require a copy posted to you there is a further fee of $5 per calendar year. 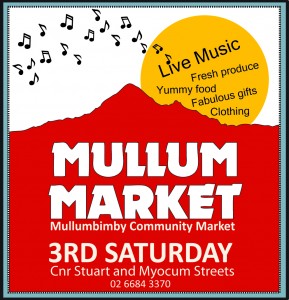 Click here for trailers of each film in the Culture Series.