Mullumbimby’s Magic – The Culture of the 70s-80s 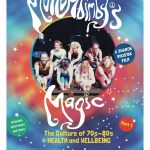 Brunswick Valley Historical Society is at it again: we’ve  commissioned another documentary feature from award-winning local filmmaker Sharon Shostak on the history of the new alternative settlers (aka hippies) and their legacy on this shire. But this one is even more ambitious in its scope than the wildly popular  Mullumbimby’s Madness – the Legacy of the Hippies released in 2015: the number of interviewees has tripled, and this time Sharon has been asked to turn her lens to three main areas of cultural flowering in the 70s-80s.

Part One Health and Wellbeing chronicles how the iconic Santos Organics started from a delivery run in the back hills, the first hippie eatery – the Sunflower Restaurant and the characters who ran it, the rise of Yoga, the first rural doctor in Australia to assist women to birth at home, and the start of the Alternative medicine scene: Acupuncturists and Homeopaths and a multi-million dollar essential oils business emerging from a local couple’s growing of herbs.

Mullum’s Magic features archival treasures and intimate interviews with the usually zany characters, preserving the stories of a special, pioneering time. DVD available from the shop. 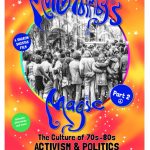 This second documentary in the culture series, and third film commissioned by the Brunswick Valley Historical Society, documents the birth and development of environmental and social awareness, that pushed those early new settlers to achieve world-first successes in important environment protections that are now taken for granted.

Part two – Activism and Politics features those seminal battles: the spraying of poisons, the Federal dam proposal, the lobbying for the right to share land, the Terania blockade, the birth of alternative publications, the marijuana raids that became a civil rights issue, and how the alternative ethos slowly took over Council, are all amazing stories told by those who were there, and delivered in Sharon Shostak’s usual informative and entertaining style, rich with rare archival photos and film.

This third documentary in the culture series, and fourth film commissioned by the Brunswick Valley Historical Society Inc., documents the final area of culture to be covered: that of the ground-breaking creatives.

Part three – The Arts looks at the evolution of the first music venues – the Arts Factory, the Music Farm, Fowlers Lane and the famous Moondances, the popularity and pitfalls of the small country halls, and the first World Music promoter. There’s the incredible story of how the community hand-built their first “hippie hall”, the Chincogan Fiesta which used to take over Mullumbimby in September, how the first Arts Gallery evolved with the first artists, the first filmmakers and photographers, and the first music club and craft centre. The first candle-maker turned glassblower selling at the first markets, the proliferation of theatre groups, featuring the Non-Specific Players and the Federal Theatre Co, with talented technicians, actors and gender blenders, are more amazing stories relayed by those who were there, replete with rare archival images and presented in Sharon Shostak’s famously illuminating and captivating style.

DVDs are available at Mullumbimby Museum, Mullumbimby Newsagency, Stewarts Menswear and The Bookshop Mullumbimby. $25 each.  Available our website for $26. 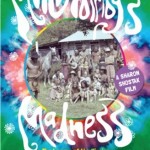 For Mullumbimby’s Madness – The Legacy of the Hippies trailer click here.

DVD available from the shop.