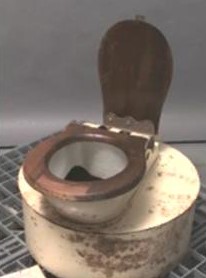 Called the ‘Chocolate-Wheel Dunny’ by generations of kids, over 60,000 were sold in Australia and in the South Pacific, Asia and South Africa between 1920 and 1975 when production ended.

DISSOLVENATORS were used where sewerage or septic systems were unavailable because they allowed ‘the Dunny’ to be brought within the house-footprint instead of needing a cold, dark walk ‘down the back’ on a rainy night.

DISSOLVENATORS were not a composting system but a sterile solution to an age-old problem and were used extensively in air raid shelters by Government Departments, the RAAF, the Thirteenth Air Force, United States Navy, etc. during World War 2.

The origin of our example is unclear but it was found stored in a shed at Main Arm and donated to the Museum.

The Documentation accompanying our example was kindly sent to us by the Powerhouse Museum and was found with their ‘pristine’ exhibit still in its original packaging in a Newcastle hardware store in 1999. 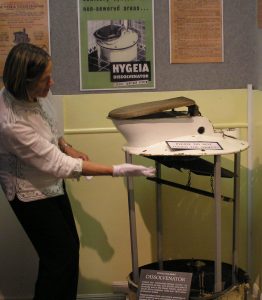 Indicating how the dissolvinator works 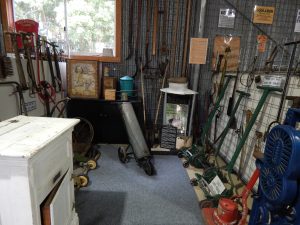