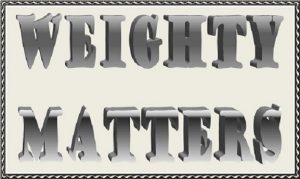 Weighty Matters featured a variety of balances and scales located in the museum and Machinery Shed donated from a variety of sources. What is the difference between a balance and a scale? Explanations and examples of both abound. Further examples were displayed in Stewart’s Menswear window. 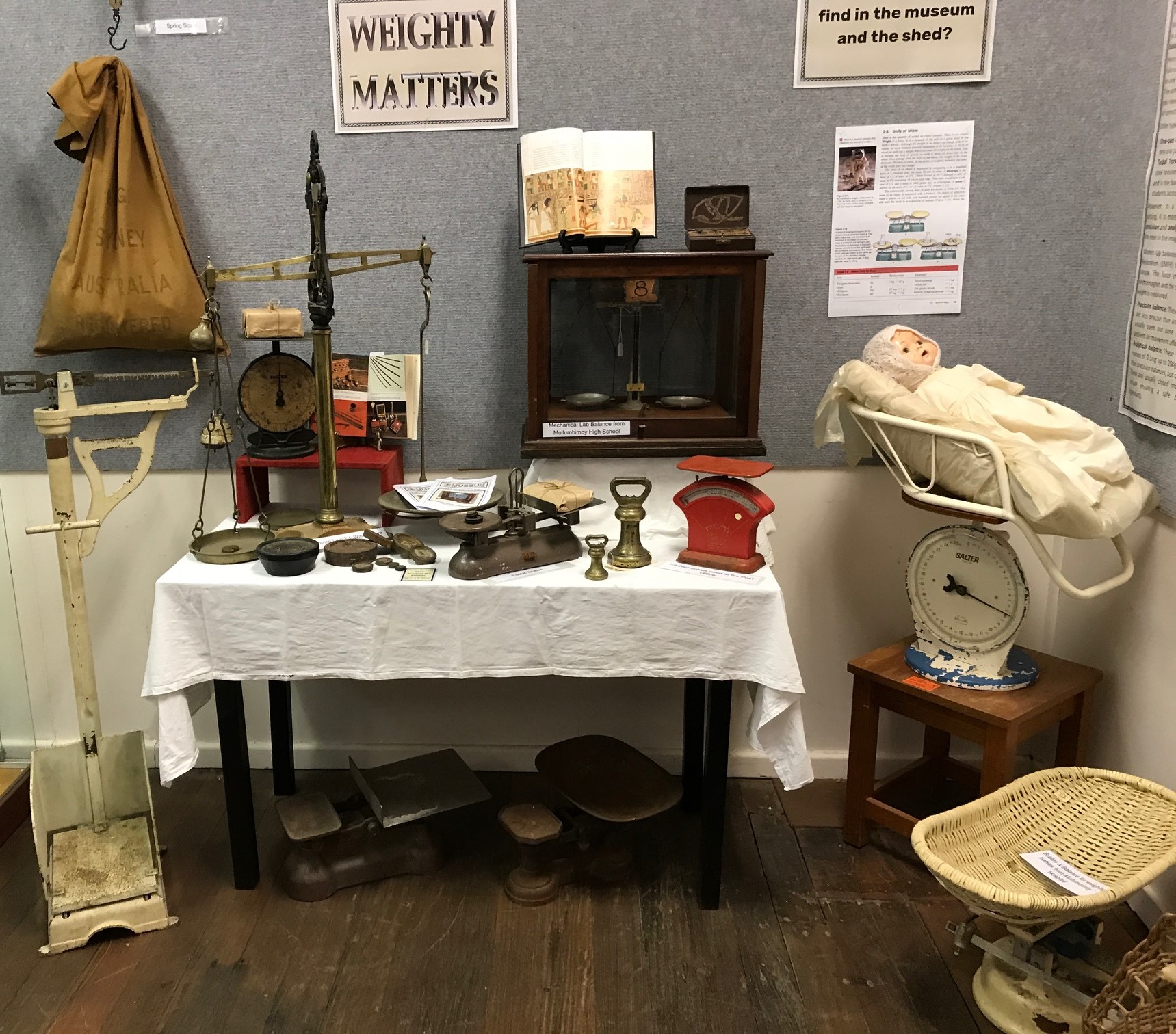 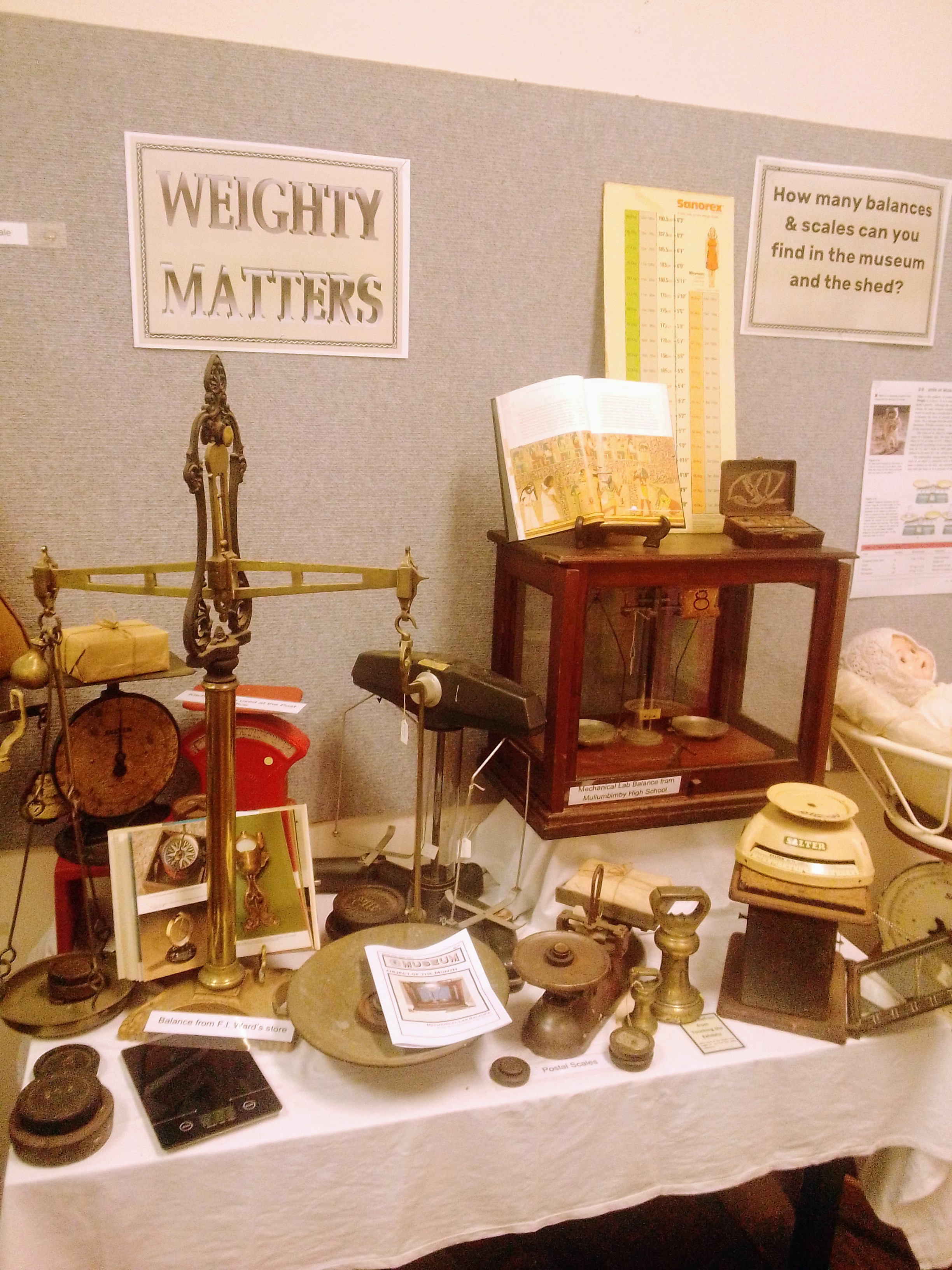 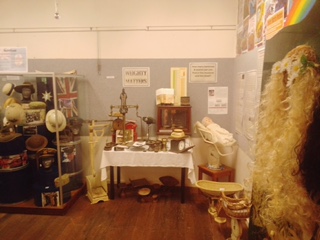 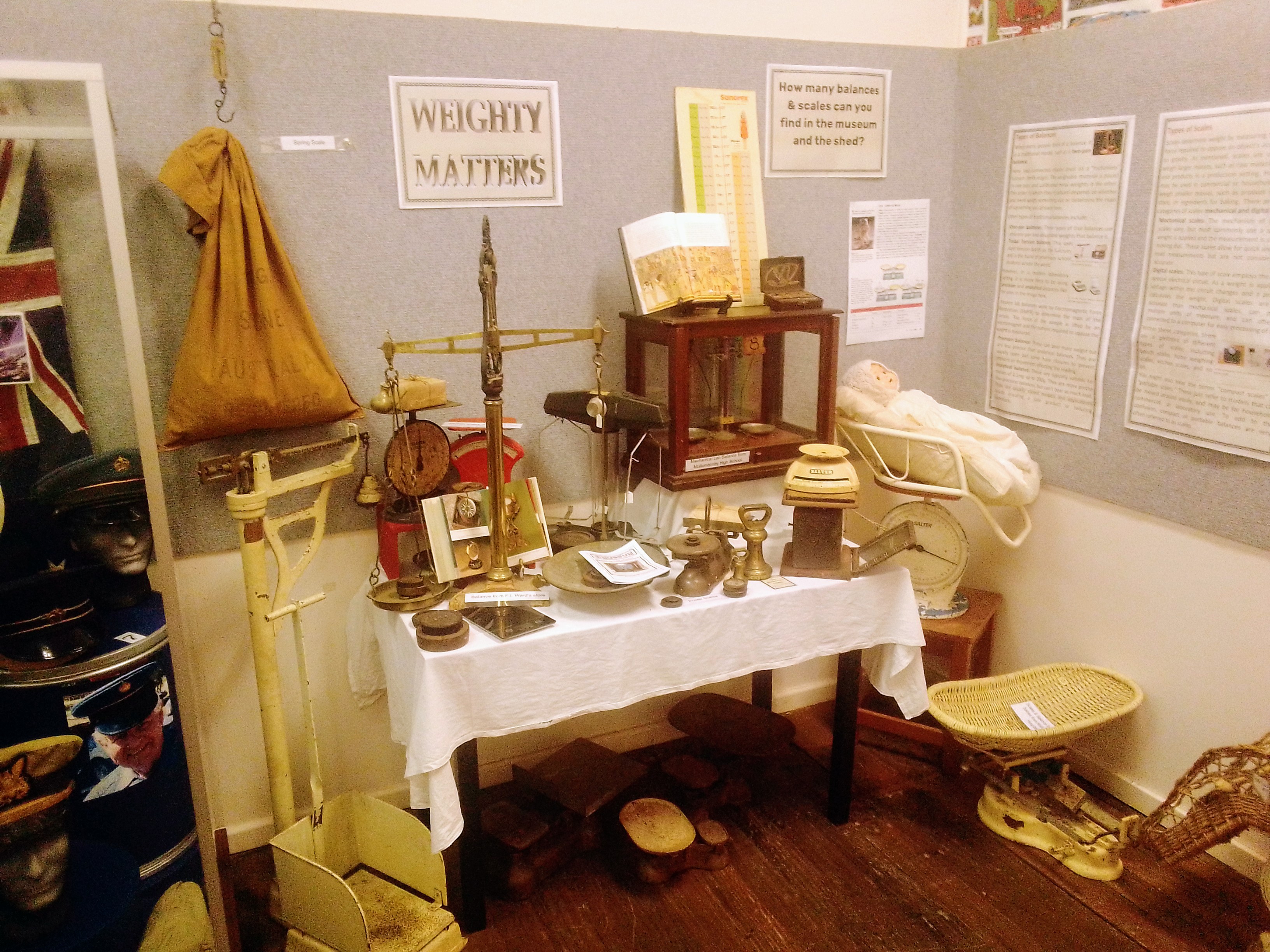 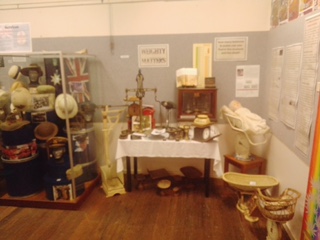 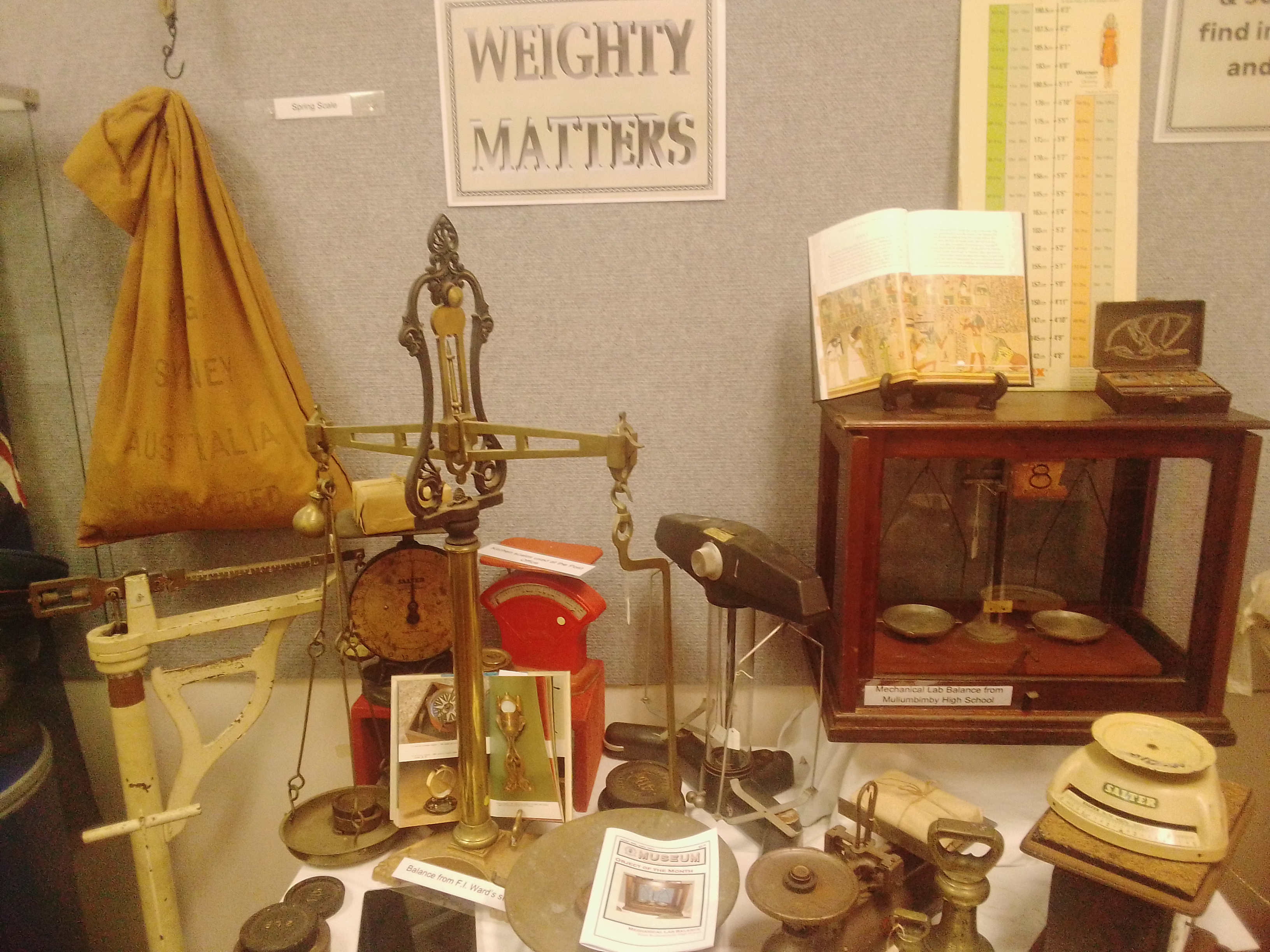 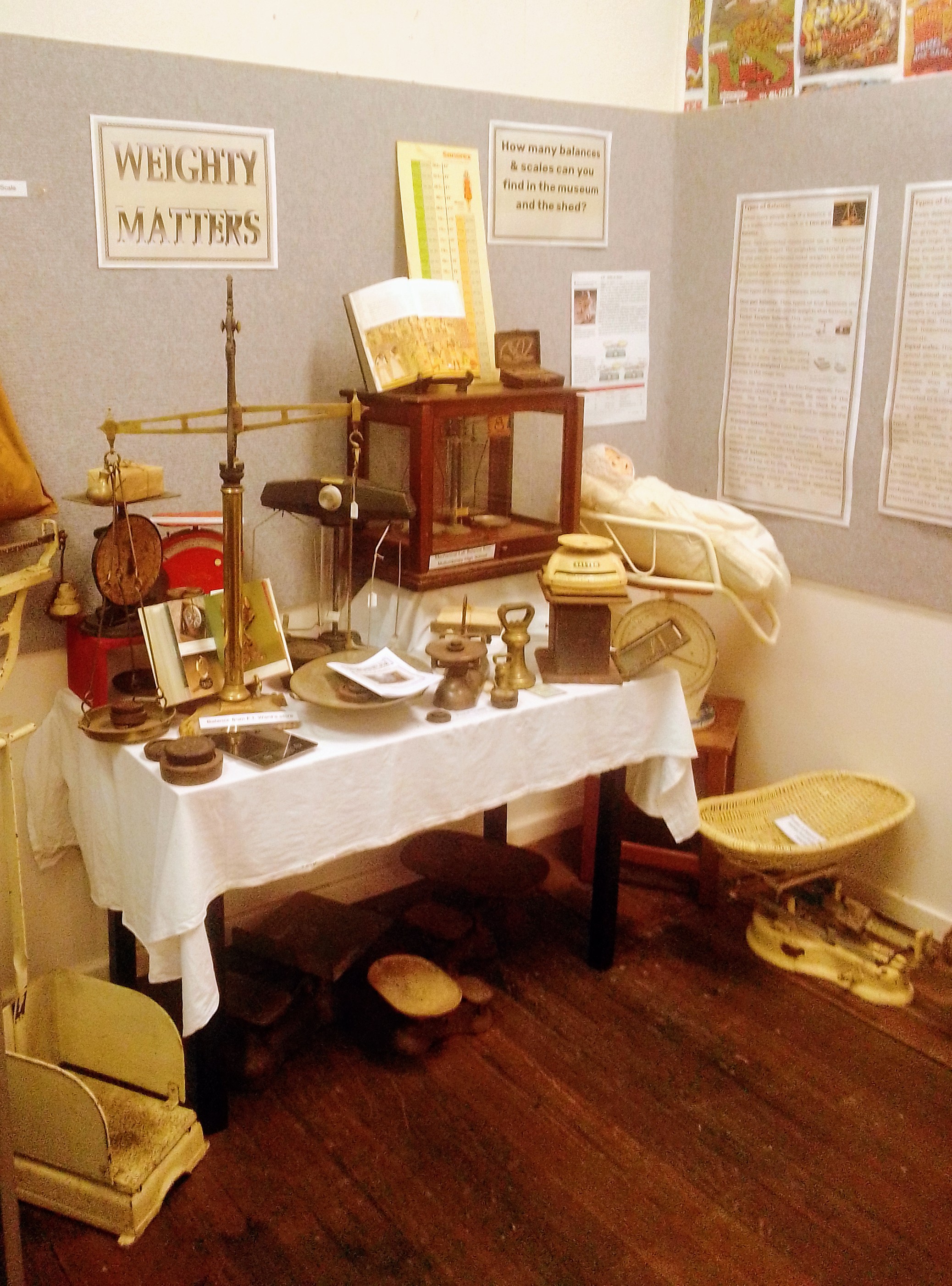 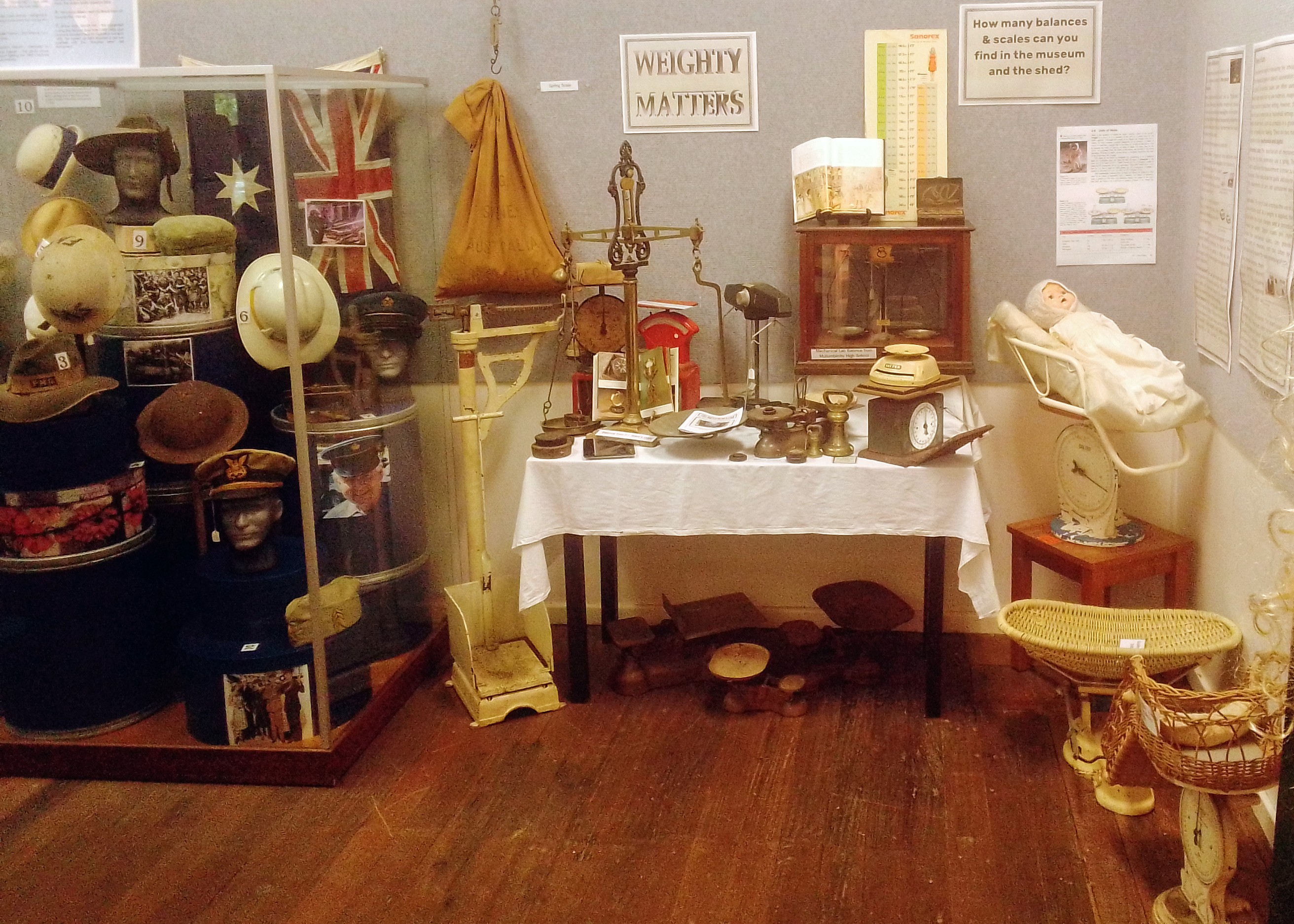 The Differences between Balances and Scales

The terms “balance” and “scale” are often used interchangeably, and most of us would have a bit of trouble nailing down the characteristics of each. Indeed, various manufacturers even refer to some of their own single products as both balances and scales. 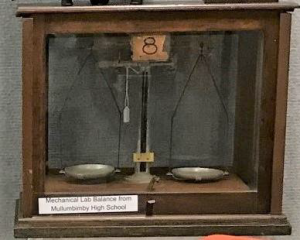 Balances are instruments that measure mass (basically the amount of matter in something). A true balance measures mass directly by comparing the unknown mass to a known mass, a process that is not affected by changes in gravity. A balance of this sort will give the same reading irrespective of location because gravity will act on both sides of the balance equally.

Scales measure weight, which is the force acting on a mass that is equal to the object’s mass times its acceleration due to gravity. A scale can’t measure mass directly, because the weighing mechanism and the weight of any given object are dependent on local gravity. On Earth, gravitational acceleration can vary by as much as 0.5%, changing with distance from the Earth’s core, as well as latitudinally.

From a practical viewpoint, once a scale has been calibrated at its location, gravity is assumed or ignored. Therefore, weights are reported in mass units like kilograms, even though weight is a measurement of force using the newton. This also allows for the use of the terms “weight” to refer to both weight and mass, and “weigh” can be the process of determining either. 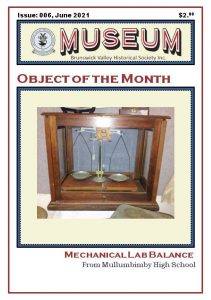 The Object of the month for June 2021 featured the Mechanical Lab Balance which was donated by Mullumbimby High School. The excellent booklet explains how it works and gives interesting details on Units of Mass and their historical development.
Booklets are still available at the museum for $2 ea.